It feels like we’ve been waiting for eons for summer to finally land. It did, with a bang. News outlets loudly proclaimed temperatures to be higher than Ibiza and Brazil, tennis is back on the courts at Wimbledon, British strawberries and cherries are finally available in small village farm shops – ah summer, how I love thee.

Almost as much as I love Eton Mess. Which I’ve made twice this week because I jazzed it up with gooseberries instead of the traditional strawberries and it was too good to resist. 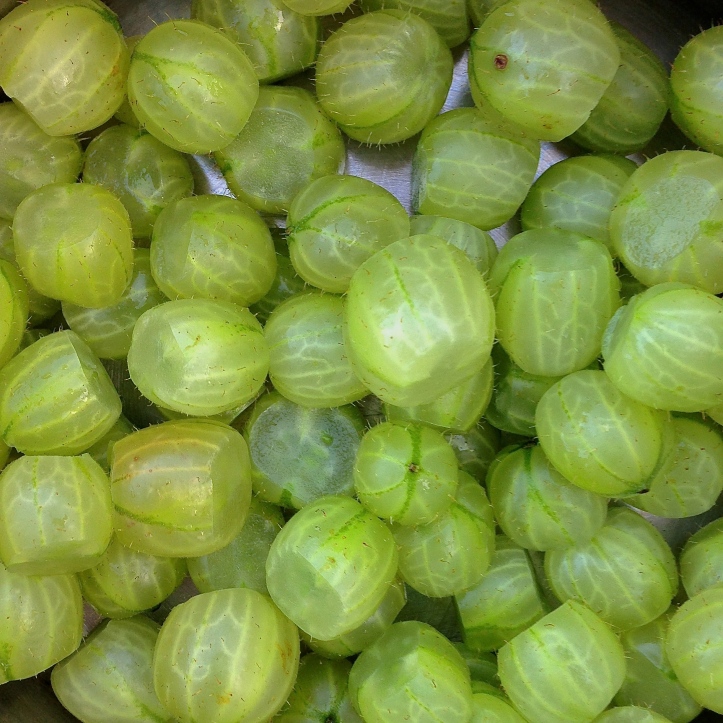 A little warning on gooseberries – the fruit of my childhood was much ripened by sun at this stage of summer and was sweet, with just an aftertaste of tartness. Understandably, British gooseberries are more tart than sugar, so taste as you go along to decide if you want more sweetness with your mess.

For the meringue, you’ll need:
(adapted from Meringue Girls Cookbook)
5 egg whites (leftover from above ice cream)
double the weight of egg whites in granulated sugar, i.e. my egg whites weighed 170g, so I used 340g sugar
one pinch of salt

Preheat oven at 100C.
Weigh the egg whites in the bowl of a stand mixer.
Beat egg whites on medium speed for 1 minute, then increase speed and carry on whisking until stiff.
Separately, weigh double the weight of the egg whites in granulated sugar. Mix with a pinch of salt.
Add sugar to egg whites, one tablespoon at a time, incorporating well before adding the next tablespoon.
Continue whisking for 5 minutes, after the sugar has been incorporated. The meringue should be stiff and glossy.
Layer a baking sheet with parchment paper.
Spread the meringue on the paper, then place in oven and bake for approx 2 hours.
Leave to cool in oven for a few hours, or overnight.

Heat gooseberries and sugar together with a splash of water, over medium heat, until berries have softened and sugar has dissolved.
Pour into blender and blitz into puree.
Leave to cool.

Before assembling, whisk 200g double cream with two tablespoons granulated sugar until thickened.
Crumble about a half of the quantity of meringue and incorporate into the beaten cream.
Mix with 4 tablespoons of the gooseberry jam and fold in gently.
Spoon into serving glasses / dishes, alternating cream and meringue mixture with more gooseberry jam and crumbled meringue.
Serve alongside leftover chunks of meringue. 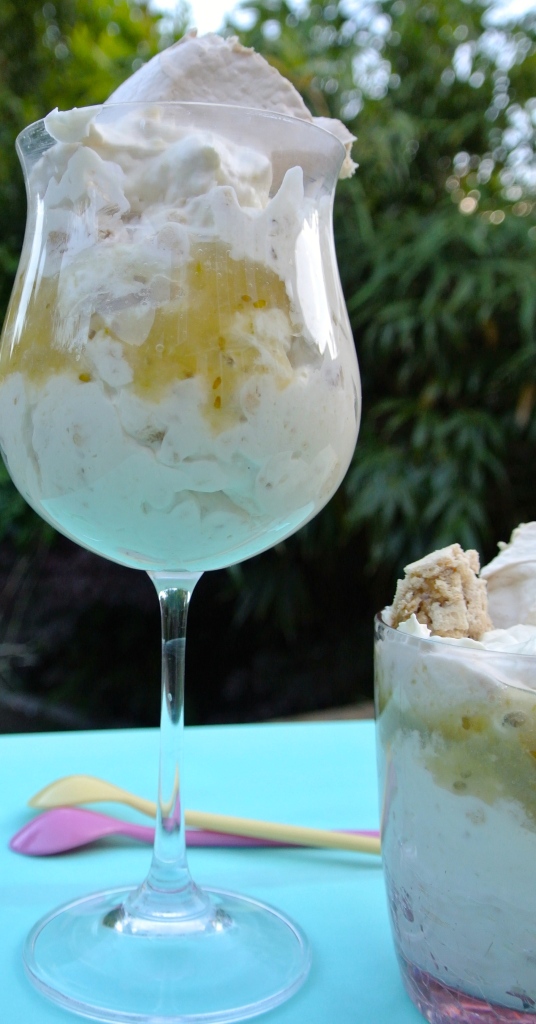