I had guests for the past 10 days. Yes, I panicked and fretted about sharing space for a good stretch of time, but hey, there was a silver lining – open season for baking. I made this baked ricotta cheesecake (twice!) last weekend and no one even batted an eyelid at the amount of sugar I was peddling. Success! Recipe below if you’re in a similar situation. Or if you just crave cheesecake. Which I do, nearly constantly. 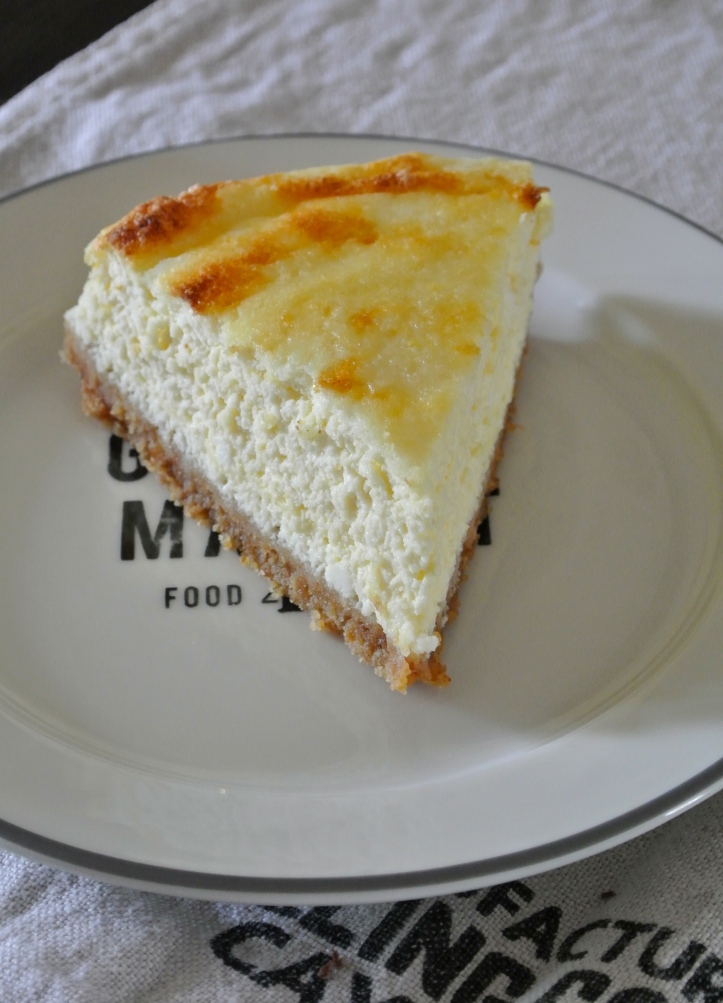 Crush the biscuits into a food processor, together with the sugar. Tip into a bowl and pour melted butter over biscuits. Mix well, then tip into prepared pan. Use the back of a spoon to level the biscuit crust into the pan. Place pan in fridge while you prepare the filling.

Beat the egg whites until stiff. Separately, beat the egg yolks with the sugar until they turn a pale creamy yellow glossy colour . Add ricotta cheese and incorporate, then the sour cream and the cornflour. Finally, add the stiff egg whites, in batches, to preserve the air you’ve beaten into them.

Take crust out of the fridge. Pour filling on top. Place in oven and bake for approx 45 – 55 minutes, until the edges turn golden. I used a bain marie for the bake – I wrapped the pan in tin foil, then placed in an oven tray filled with water about 2/3 up. I’ve had more luck with cheesecake not cracking this way. If you’re not worried about cracked tops, then you don’t need to use a water bath. 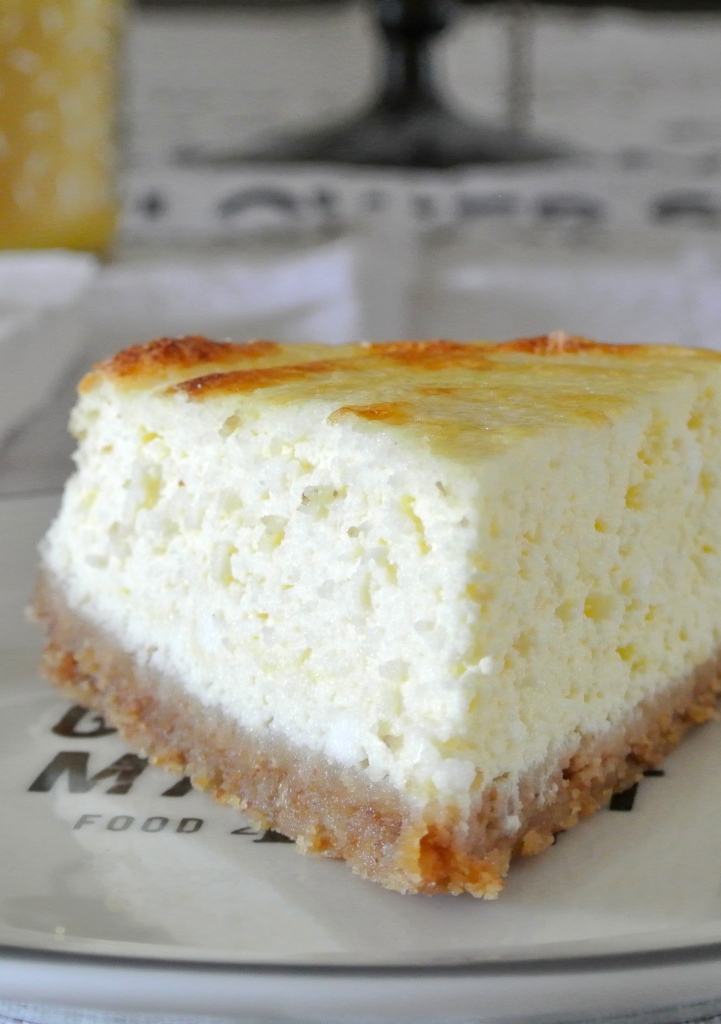 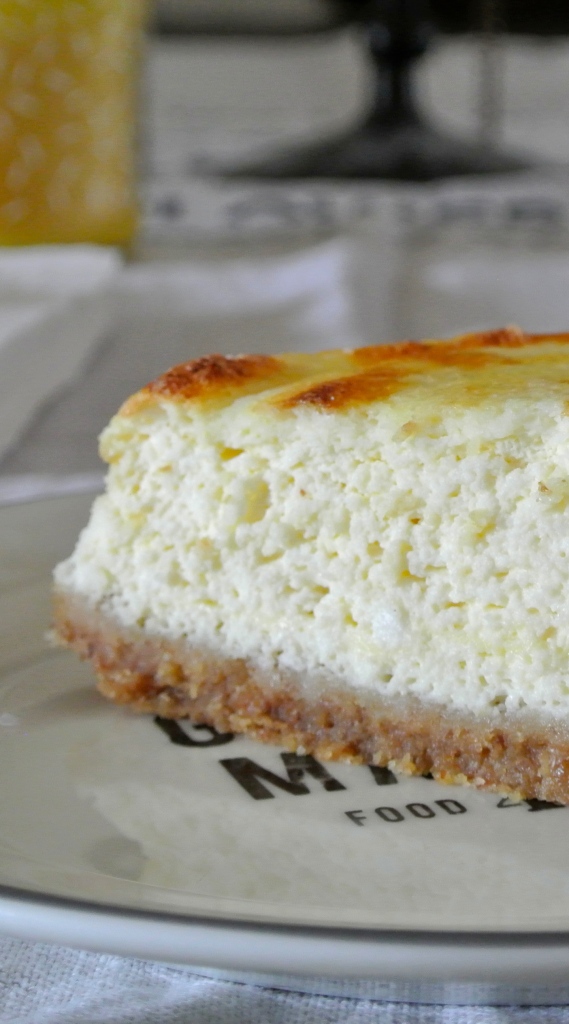 Also – a quick confession. In the first batch I made, I forgot the cornflour. The cheesecake still turned out perfectly fine, but the texture of the filling felt a little wetter than the second time around. So no biggie if you want cheesecake but don’t have cornflour around. My guests were none the wiser.

If you’re wondering where are shots of the whole cake coming out of the oven, I wasn’t quick enough to get any. That’s how quickly the cheesecake was demolished…